We have a number of packages & Shows that we would be able offer you:

One of our surprise, singing performers will be present in the party disguised as a waiter. He/she will serve food and drinks to guests, taking orders and clearing tables like other waiters. However he/she will try to amuse your guests by making minor mistakes while serving, flirting and playing tricks, without giving any indication that they are different from other waiters. Your guests will obviously assume that our artist is simply part of the catering team. After the dessert is served, the waiters will stage a scene in order to grab the attention of the audience.

The other member of our team will make a sudden appearance in the party disguised as a policeman. He would start interrogating one of the important guests present in the party (who has been informed about the trick earlier) and arrest him, thus shocking the audience.  After the fake arrest he will all of a sudden launch into song and entertain the audience. The other waiter will also join him in the dual singing act.

This entertainment trick combines the elements of surprise and humour. Our singing performers will be present in the party masquerading waiters. They will serve food and drinks to the waiters like other waiters. But they will make minor mistakes while serving and flirt with the audience in order to create humour.  After the dessert has been served, our waiters will stage a scene in order to grab the attention of the guests.

An announcement would be made during the party that the chef is going to call it a day. One of our talented artists would appear at the party, impersonating the retiring chef. He would then sing for the audience in order to make the occasion memorable. The other members of his team disguised as waiters would also join him in the singing act. 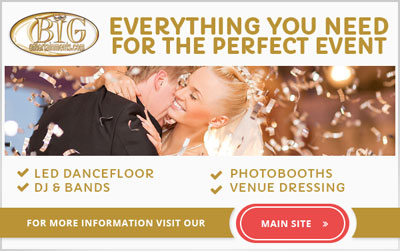 Well what can I say ……. You guys were AMAZING! Thank you so much for entertaining at the wedding of Zoe and Ben last Friday. All our guests absolutely loved the whole set up and you worked so well with the hotel staff. I would not hesitate in recommending you to anyone. The singing waiters set, the acoustic set and the evening disco set were all so perfect in making the whole day a success. I wish you good luck for the future, you are sure to do well.

…amazing, had everyone fooled. Never laughed so much; such a joy to see peoples faces when you started singing. Everyone has commented the best wedding ever!

Thank you for making our day special. The singing waiters were fantastic and there wasn’t a single person not impressed by their work. It was just truly brilliant!

The scenario was executed with the utmost professionalism to ensure maximum impact at the event and the attention to detail and forward planning was impressive, thorough and paid dividends on the day.  The provide worry free, entertainment solutions and I have thoroughly enjoyed working with them over the years and will continue to do so in the future.